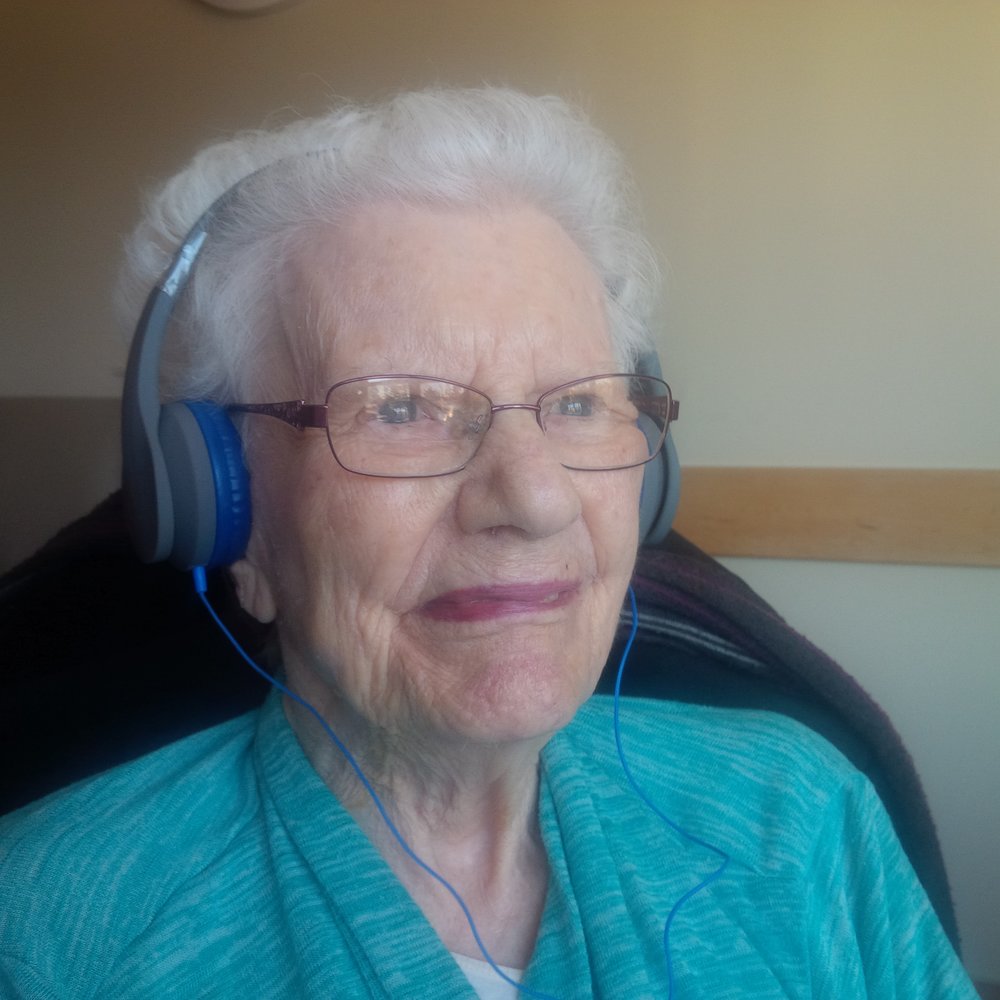 With profound sorrow and grief, we announce the passing of Kathleen Mary Richardson at dawn on Saturday July 13 at Arborstone Enhanced Care in Halifax.

Kathleen was born in Northwich, England, in 1922 to Percy and Annie Foster.  After working for 3 years for ICI as an engineering draughtsperson, she joined the Women's Royal Navy Service (WRNS) in 1942 and worked on the "Ultra" code breaking machines at Bletchley Park. She was extremely proud of her service during the Second World War but was not able to share any information about her work as a "wren" for several decades due to the prohibition on divulging any details of this top secret work until 30 years after the end of the war.

Kathleen met Canadian Flight Lieutenant Edwin (Ted) Richardson in London in 1942, married him in 1944 and emigrated to Canada in 1946. Pier 21 in Halifax was her point of entry into Canada and she travelled by train to join her husband and his family in Toronto where they lived for several years. Kathleen and her growing family moved to Alexandria, North Bay and Ottawa before returning to the Toronto area - Thornhill - in 1965. She moved to Halifax in September  2007.

Kathleen was a loving and devoted mother,  grand-mother and great-grandmother. Kathleen is deeply missed by daughters Kathleen and Liz, daughters-in-law Lisa and Claudia, great daughter-in-law Jenny, sons Chris and Geoff, grandson Christopher, and great grandchildren Joshua Jack and Charlotte Kathleen. She was pre-deceased by her daughter Anne (1955) and husband Ted (1968).

Kathleen enjoyed travelling.  She returned frequently to England to visit her parents in Cheshire and explored various parts of Europe and North Africa with her friends (Finland, Russia, Portugal, Malta and Tunisia). As well, she travelled to various parts of Canada to visit her children in  British Columbia, Alberta, Halifax and Labrador.

Kathleen was an active canvasser with the Canadian Cancer Society for many years. Memorial contributions may be made to that organization.

Kathleen will be interred at the family plot at Mount Pleasant Cemetery in Toronto.

Share Your Memory of
Kathleen
Upload Your Memory View All Memories
Be the first to upload a memory!
Share A Memory
Plant a Tree