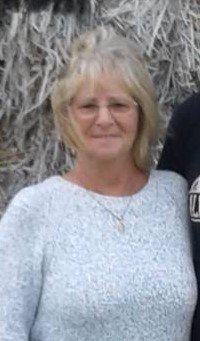 Age 68 of Halifax. We the family of Elizabeth “Liz” Gray are very sad to announce the peaceful passing of a dear beautiful person on September 5th ,2019, after a year of battling cancer. Liz was born in Halifax on August 20th, 1951. Liz worked with Northwood Care for 28 years until her retirement four years ago. She met and became friends with so many people, Liz always had a smile on her face and always said hello to everyone she met. She was a person who you would love to get to know. Liz travelled to many different places in Western Canada, as well as to her favorite place Las Vegas, in which she got to enjoy four different times with her good friend, Ruthie and was very excited to attend the Celine Dion concert. Liz’s best accomplishments in her 68 years of life was her pride and joy, her only child, her son Kirk. He was the light of her life and she made it a point of telling everyone she encountered.

Liz is survived by her loving husband, Fen Gray; her son, Kirk MacDonald and his wife Holly MacDonald, of Elmsdale, who Liz thought of and treated just like her own daughter; four grandchildren who she thought the world of, Mackenzie, Brianna, Kobe and Kayden. Jason Wilneff, Kirk’s younger brother who Liz thought the world of; step children Julie and Andrew Gray; her loving cousin, Bernice and her son Jimmy and Liz’s two best friends, Ruthie and Faye and their families. Liz was predeceased by her loving mother, Effie MacDonald. Cremation has taken place under the care of J. Albert Walker Funeral Home (2005) Ltd..149 Herring Cove Rd. where a visitation will be held Wednesday, September 11th from 1-3p.m. We would like to thank the staff at Hospice for their wonderful care, as well as the Palliative Care team and to all of Liz’s doctors who were involved with Liz’s care. Please make donations to Hospice Halifax in memory of Liz. Rest in peace beautiful lady.

Share Your Memory of
Elizabeth "Liz"
Upload Your Memory View All Memories
Be the first to upload a memory!
Share A Memory
Plant a Tree