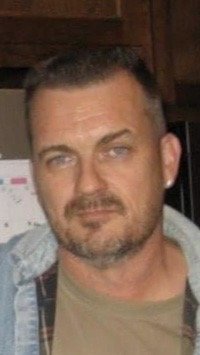 Mike was an avid crib player and played for the Fairview Crib League. Wednesday evenings were spent playing in the gentlemen's crib league with his dear friend Joe. He enjoyed tinkering in his yard but nothing beat Saturday night sleepovers with his grandson, Gage. Papa and Gage loved their Sunday morning tradition of making egg burgers and watching Coronation Street. Family was very important to Mike. Even though Mike didn’t have the opportunity to meet Royal or Hailey, without a doubt he would have made his own traditions with them. He enjoyed the many family gatherings at his daughter Ashley’s home, barbequing for all to enjoy. Mike loved to cook, family camping trips, hunting, fishing, working on cars and bikes especially when doing so allowed him to spend time with his sons and son-in-law. You could find Mike in his little tent in the backyard any time he was able. He enjoyed grocery shopping with his daughter Ashley, his Christmas elf for those last-minute bargains. But most of all spending time with his wife Ann whether it was going for Sunday drives, yard sales or playing crib together and watching Coronation Street. Mike’s smile, friendliness and huge heart will be missed by everyone who knew and loved him. We know, wherever you are Mike, you will be checking out the refrigerator!

Arrangements have been entrusted to J. Albert Walker Funeral Home (2005) Ltd. A celebration of Mike’s life will take place on Saturday, October 3, 2020 from 6-8pm at the Spryfield Lions Rink and Rec Centre, 111 Drysdale Rd, Halifax, NS. Food and beverage will be provided.  Due to COVID19 restrictions please do not bring food items into the facility. Social distancing with be in place and mask wearing is mandatory. In lieu of flowers, donations made to the Cardiac Unit of the QEII-VG Site or the IWK, would be appreciated by the family.

Share Your Memory of
Mike
Upload Your Memory View All Memories
Be the first to upload a memory!
Share A Memory
Plant a Tree