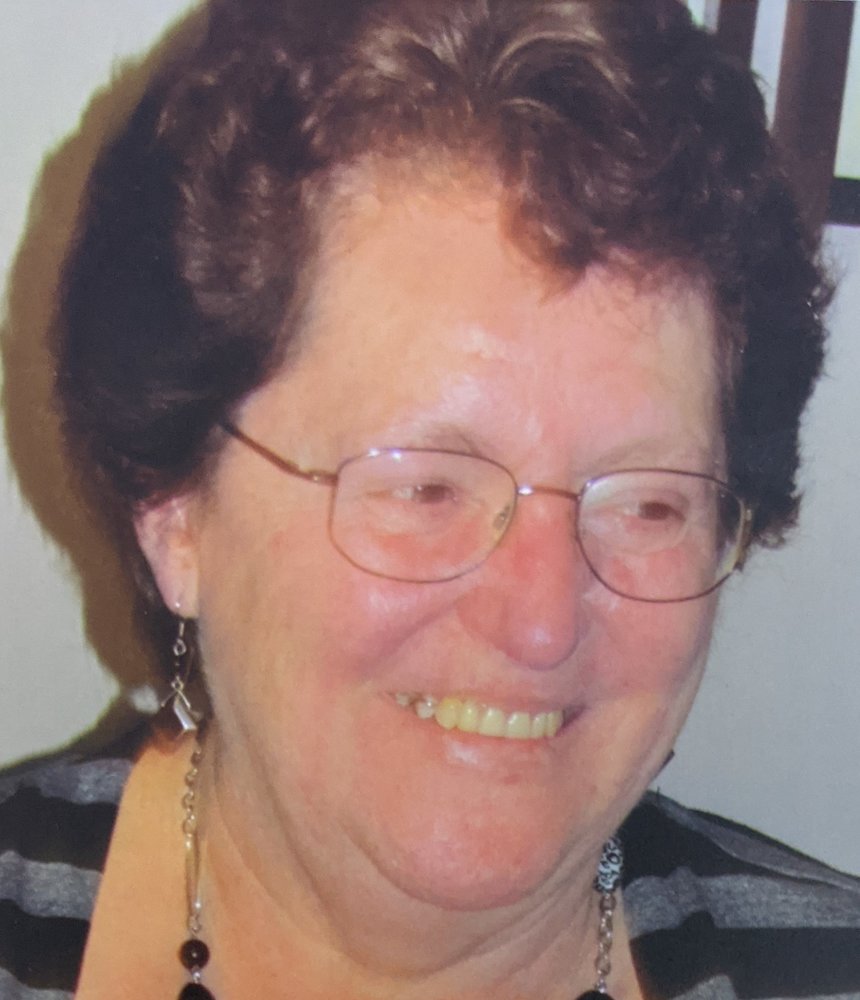 It is with great sadness that we announce the death of Stella Catherine Cooper (McKay) beloved and cherished wife of Joe Cooper who died Sunday the 27th of December at home. Stella is survived by her husband Joe, son Joseph (Lisa Benjamin), daughter Angie and grand-daughter Violet. She was predeceased by her beloved parents Joe and Angela (Cox) McKay; her brothers Val and Gabe and sister Marion. She is survived by her sisters Anne-marie (Peter Covert), Mary (Kevin Stewart), Betty (Steve Freeman) and Ella and brothers Mike (Margie Hart) and Pat (Connie Hart). She is also survived by many nieces and nephews.

Stella was very active in her church St. Michael’s having been a member of CWL, a eucaristic minister, a member of the baptismal team and parish council. She was also involved in many social activities at church such as fall fair and fall fair dinner which she headed for a number of years, bingo, and the Knights of Columbus 45 card games. She was also active in politics serving in John Juchanan’s campaign for several elections.

She loved her bingo, 45’s and Wednesday night darts, especially her time with family at family gatherings and with the Texas hold ‘em games played at her sister Anne-Marie’s she especially liked thwarting brother Mike. She will be greatly missed by numerous people.

We were “so happy together”

Arrangements have been entrusted to J. Albert Walker Funeral Home (2005) Ltd. A Funeral Mass is to take place at St Michael’s Catholic Church, Spryfield on Tuesday January 5th at 11am, celebration of life to be announced.

Share Your Memory of
Stella
Upload Your Memory View All Memories
Be the first to upload a memory!
Share A Memory