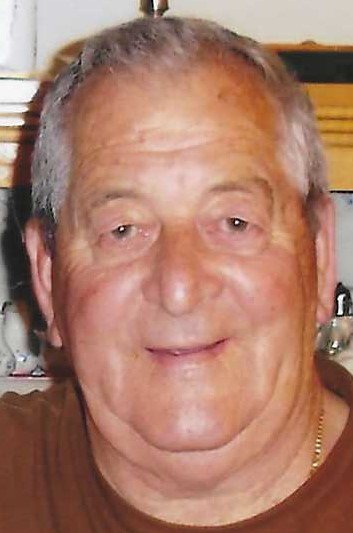 88, Tantallon and formerly of Sydney Mines, passed peacefully on June 4, 2021 at Melville Lodge, Halifax, NS from complications related to Lewy Body Dementia.  Born in Florence, Cape Breton, he was a son of the late Patrick J. and Sarah Ellen (Nellie) Jessome.

In his youth Carl had worked in the coal mines.  He then went to Barbering School and later ran Carl’s Barber Shop in Sydney Mines until he retired.  When Mabel retired, they moved to Tantallon.  While he was still barbering Carl's favorite place was the lunch counter at the old Co-Op on Main Street.  Here he could catch up on the "news" and keep an eye on his shop for customers arriving.  Although never a great bowler he loved the time he and Mabel spent at the Sydney Mines Lanes.  During the summer months Carl and Mabel camped at Pipers and Carl could be found fishing mackerel by the Englishtown Ferry.  In the evenings they were sure to be found at a campfire singing along and telling stories.  This was without a doubt the happiest time of their lives.  They were both involved in the Sydney Mines Food Bank, Carl was involved in youth boxing.  But most importantly he was a good and loving husband and father.

Carl is survived by his daughter Robena "Maggie" Cashin, his son Carl (Laura), his three grandchildren Tyler (Danielle), Victoria (Trevor), and Kristen (Bryce) and two great-grandchildren, Leighton Olivia and Carter Patrick.  He is survived by his sisters, Patti (Gordon) Jardine and Shirley Rendell and sisters-in-law, Jane, Nora and Helmi Jessome.

Carl was predeceased by his parents, his wife and love of his life Mabel, a son-in-law, Martin, and his siblings Nellie, Winnie, Irene, Sis, Harry, Brozie, Stephen and David.

We would like to express our deepest thanks and appreciation to the staff of Melville Lodge for the care, compassion, and support given to our father especially in those final days.

Cremation has taken place under the care of J. Albert Walker Funeral Home (2005) Ltd.  A graveside service will take place at a later date in Brookside Cemetery, Sydney Mines, NS.   In memory of Carl, please make a donation to the charity of your choice.

“God saw you getting tired

A cure was not to be

So He put his arms around you

And whispered, "Come with Me"

With tearful eyes we watched you

And saw you fade away,

Although we loved you dearly

We could not make you stay

Your tender hands at rest,

God took you home to prove to us

He only takes the best.”

Share Your Memory of
Carl
Upload Your Memory View All Memories
Be the first to upload a memory!
Share A Memory
Plant a Tree