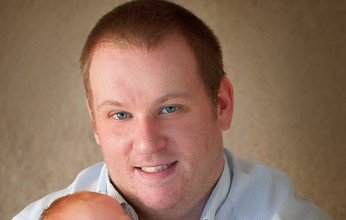 It is with great sadness that we announce the passing of Chad on July 8, 2021 in Red Deer, Alberta.

Born in Halifax, he is a son of the late Gordon “Gordie” and Janet (Rowsell) Heaney.

Chad followed in his father’s footsteps being a prankster and a jokester.  He was a stubborn guy, who will fondly be remembered for his infectious laugh.  When you were around Chad, you could not help but laugh when he did.  He had the best laugh.

Affectionately known as Daddy, Chad is survived by his two beautiful children, Allan Robert Garries Heaney and Everly Joyce Garries Heaney, and their mother, Charmane.  He is also survived by his loving mother, Janet, his sister, Amanda Heaney (Keith Saulnier), a nephew, Colby Saulnier and a niece, Peyton Saulnier.  Chad was predeceased by his father, Gordon, and his maternal grandparents, Joyce and George Rowsell.

Cremation has taken place.  A celebration of Chad’s life will be held on Sunday, August 22, 2021 from 2-4 PM at J. Albert Walker Funeral Home, 149 Herring Cove Road, Halifax, NS.  In lieu of flowers, please make donations to the Heart and Stroke Foundation.