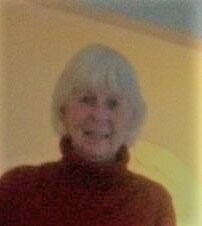 Frances (Lafford) Coprez, 79 of Halifax passed away, October 31, 2021 with her loving family by her side. She was born on July 23, 1942 in St. Peter’s, Nova Scotia to the late Frank and Edith (MacKenzie) Lafford.  Frances graduated from St. Peter’s High School and then became a Health Records Technician (Coding Specialist) working for Nova Scotia Health Services in Halifax, Nova Scotia until she retired in 2004.

She married the late Joze Coprez in 1972 and they lived together in Halifax for 32 years.  Frances is survived by her two daughters Natalie and Joanne, grandson Cameron and granddaughter Abigail. She is also survived by her brothers and sisters, Justin, George, Beverly (Danny), Christy (Terry), Winnie (David), John, Brenda, Nick, Norma (Val), Lloyd, Byron (Darlene), her brother in-laws Milan Coprez (Joanne), Dusan Coprez (Cvetka), her aunt Marjorie and many cousins and friends. Frances was predeceased by her loving husband in 2004.

Frances, commonly known as Fran was an amazing mother and baker but was most recognized for her love of music and dance.  She was always kind and willing to help her family and friends.  She was a loving wife, mother, grandmother, daughter, sister, and friend.  She was proud of her family and leaves behind nothing but beautiful memories.

Funeral arrangements will be made at a later date. In lieu of flowers, the family requests any donations be made to the Alzheimer Society of Nova Scotia.  Thank you to Dartmouth General 4 East for your kind and compassionate care not only to Frances but to her family as well.

Share Your Memory of
Frances
Upload Your Memory View All Memories
Be the first to upload a memory!
Share A Memory