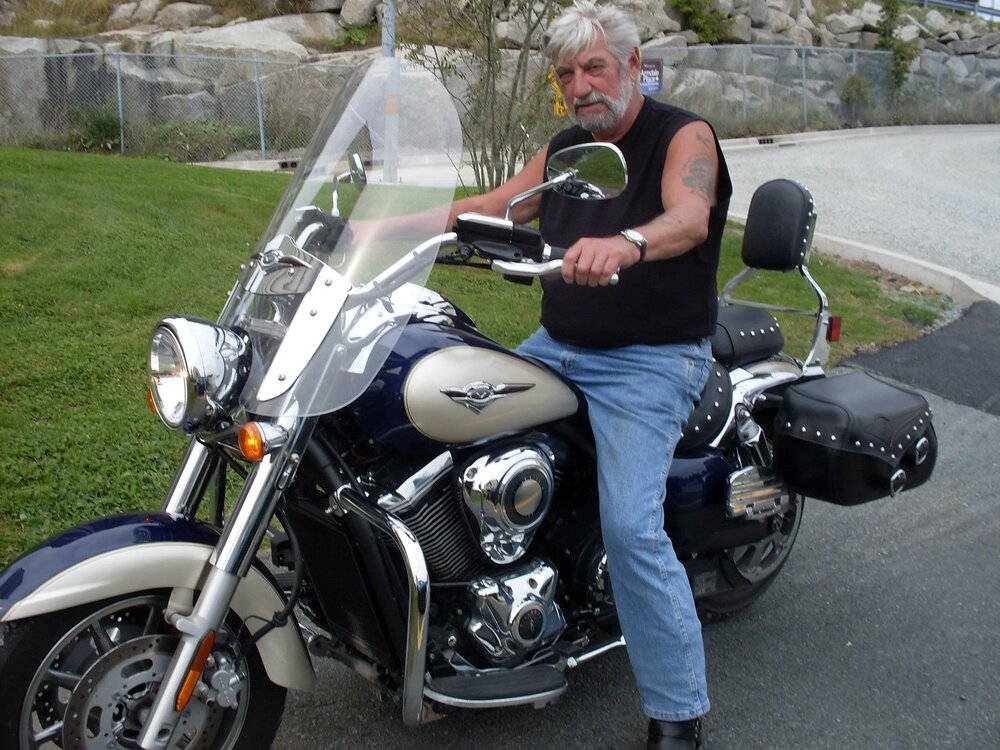 Donald David LeBrasceur passed away on Nov 23rd, 2021. Dave was born in Sarnia, Ontario in 1947. A thirty-two year Royal Canadian Navy veteran, Dave served as a Stoker and retired as Petty Officer First Class in 1999.  Dave is pre-deceased by his parents, Earl and Olive LeBrasceur, his brother, Thomas LeBrasceur, as well as his partner of forty-seven years, Connie Jones, who passed away in 2015.

Dave is survived by his siblings; Jane LeBrasceur-Telfer and Dan LeBrasceur, his son, Richard Lennox, as well as Connie’s children; Keith Jones, Karen Wood, and Kimberley Jones, along with his grandchildren; Colbie and Rhys Lennox, Allison and Colin Wood, and Courtney Spencer.

Dave is best remembered for his post-retirement enthusiasm for riding his Harley. A proud member of the Veterans UN-NATO Nova Scotia group, Dave enjoyed motorcycle rides all over the province. Dave spent many summers camping in his home province of Ontario with Connie and several of the LeBrasceur clan, and then later in life enjoyed splitting his time between Halifax and the Annapolis Valley during the warmer months of the year.

Dave’s stoic presence rarely softened, but those who knew him well, or got to share a drink with him, came to understand that his kind-heartedness was ever-present. His illnesses accelerated quickly during the last several months and his untimely passing was unexpected. Dave will be missed by the family and friends he’s left behind. “Four wheels move the body; two wheels move the soul.” Ride easy, Dave.

Share Your Memory of
Donald
Upload Your Memory View All Memories
Be the first to upload a memory!
Share A Memory