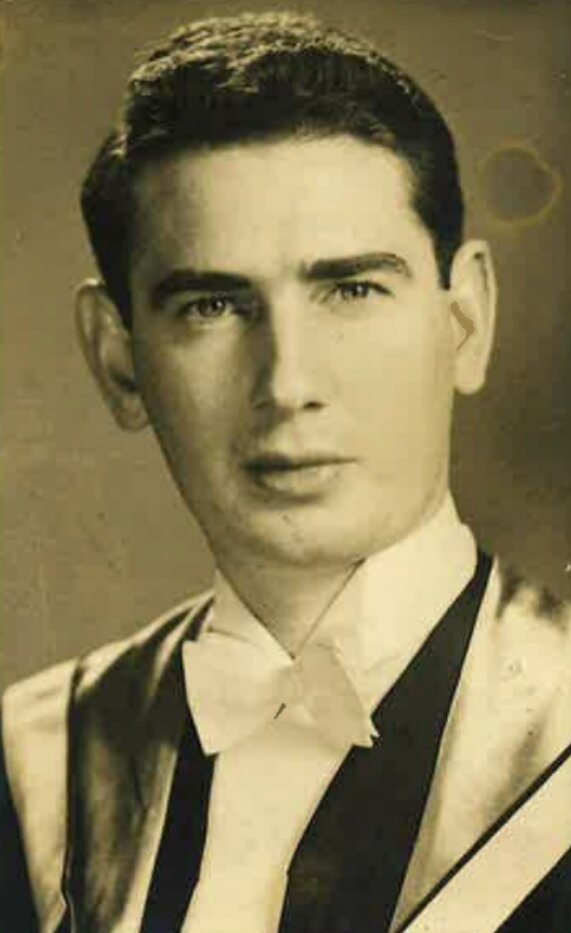 James "Jim" Hector Stuart, age 93, passed away peacefully May 4, 2022 in the Halifax Infirmary surrounded by his family.

Jim was born on Feb. 22, 1929 in Wood Islands, PEI, the son of Hector Stuart and Roberta Macmillan. He was the last surviving member of his immediate family. He was predeceased by his wife Ina(MacRae), married September 1955 in Windsor Ontario, who passed away in 2016, brother Robert, and sisters Mary, Joan and Kathleen. He is survived by sons Peter and Robert (Kim), Peter’s sons Sean (Justine)(Halifax) and Colin (Vancouver) and Sean’s sons Nolan and Nathan.

Jim was a graduate of Prince of Wales College, Charlottetown, Acadia University 1949 and the Technical University of Nova Scotia 1952. He began his engineering career in 1952 with Canada Papers Ltd. In Windsor Mills Quebec, moved on to Canadian Bridge Ltd. in Windsor Ontario and Montreal Quebec. Jim and his young family moved back to the Maritimes in 1960 where he worked at Moncton Foundry for 10 years. In 1972 he purchased Rockingham Hardware Ltd. with Doug Verge and became sole proprietor in 1978. He sold the business to his sons in 1990. It was, and continues to be a successful business, and has now been in the Stuart family for 50 years. He spent his retirement summers at his cottage at the family compound in Woods Islands PEI, and travelled with his wife Ina.

As per his wishes, there will be no visitation or public funeral. His ashes will be laid to rest alongside his wife’s at the Wood Islands Cemetery at a later date. Donations may be made to the QE2 Foundation.

Share Your Memory of
James
Upload Your Memory View All Memories
Be the first to upload a memory!
Share A Memory