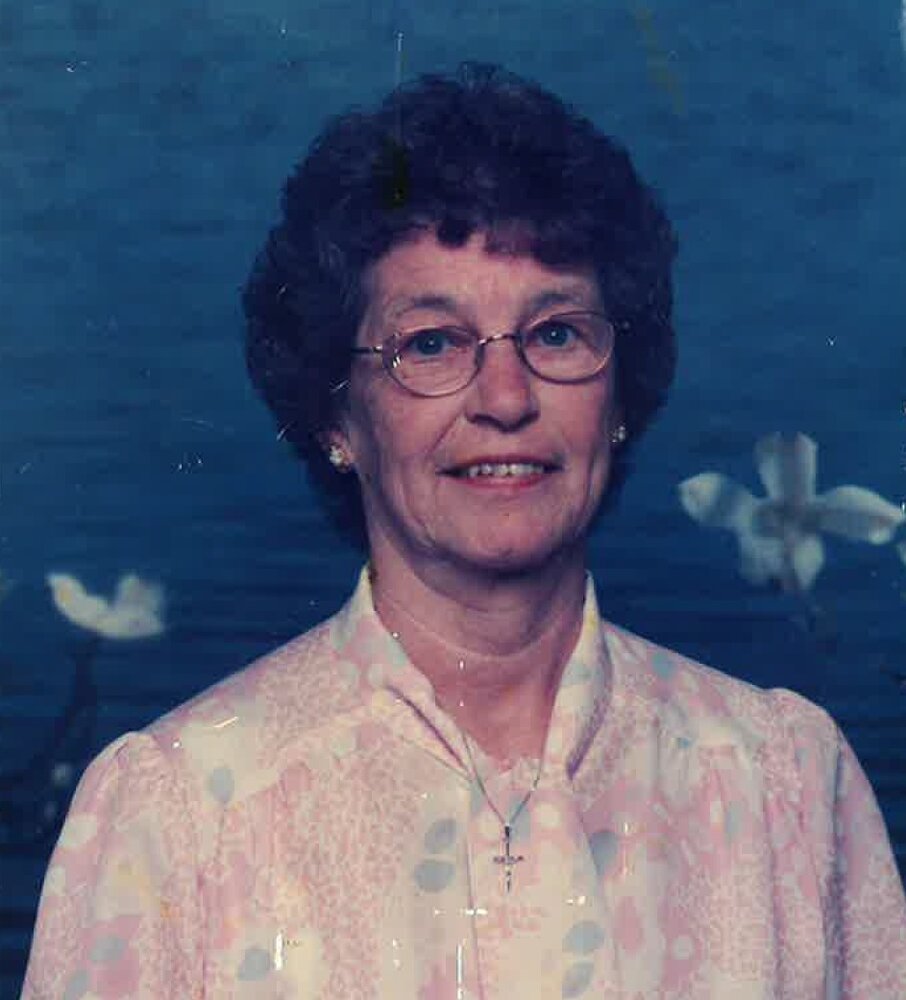 She was born in White Plains, New York on October 8, 1931 to the late Ainsley and Edith (Metzler) Marryatt.

She is survived by her daughter Bonnie (John); sons Stephen (Nina) and Jim (Sandy) and daughter-in-law Lou. She is also survived by grandchildren Darrell (Caralea), Ian (Carolyn), Darren (Erin) and Jessy (her only granddaughter). Also surviving are great-grandchildren Devyn, Dillin, Emma, Molly, Jaxson and Flynn. She is survived by brothers Jack and Reg (Joy); sisters Patsy (Russell), Peggy and Betty and brother-in-law George. Mom is also survived by many nieces and nephews who affectionately called her “Aunt Mary”.

Mom had many hobbies but gardening and walking she enjoyed the most as people would see her walking the road in the Cove; also gathering leaves on the way to take home. Mom also enjoyed the dances at the PC Club and playing ladies darts for 43 years. She enjoyed camping at Green Valley, sitting around the campfire singing, which was her favorite thing to do. She knew all the words to every song, even up until recently. She was always so happy to hear her sons and grandson play guitar.

Her other favorite thing to do was watch her sons, grandsons and great-grandchildren play hockey and ringette. Mom never missed a hockey game on TV, rooting for her favorite team, Toronto Maple Leafs. Our mother organized the first Terry Fox Run in Purcell’s Cove and ran for 35 years. She was very active in her church and was in the choir and was warden of St Philip’s for many years. She was also a volunteer at “Young at Heart” in Spryfield, singing at different functions.

Our mother was the best and adored by her family and will be forever missed. We will especially miss her beautiful smile.

Arrangements have been entrusted to J. Albert Walker Funeral Home, 149 Herring Cove Road, Halifax, where visitation will be held on Tuesday May 24th from 6-8pm. The funeral service will be on Wednesday May 25th at 2pm at St James Anglican Church, Village Road, Herring Cove, with burial to follow in St Philip’s Cemetery in Purcell’s Cove. A reception will follow at the Purcell’s Cove Club. Everyone is welcome. In lieu of flowers donations can be made to the Alzheimer Society or Canadian Cancer Society. We would like to thank the nursing staff and doctors who took care of mom at 8.1 and 8.3 at the QEII.

You can now sing with the angels.

Share Your Memory of
Mary
Upload Your Memory View All Memories
Be the first to upload a memory!
Share A Memory