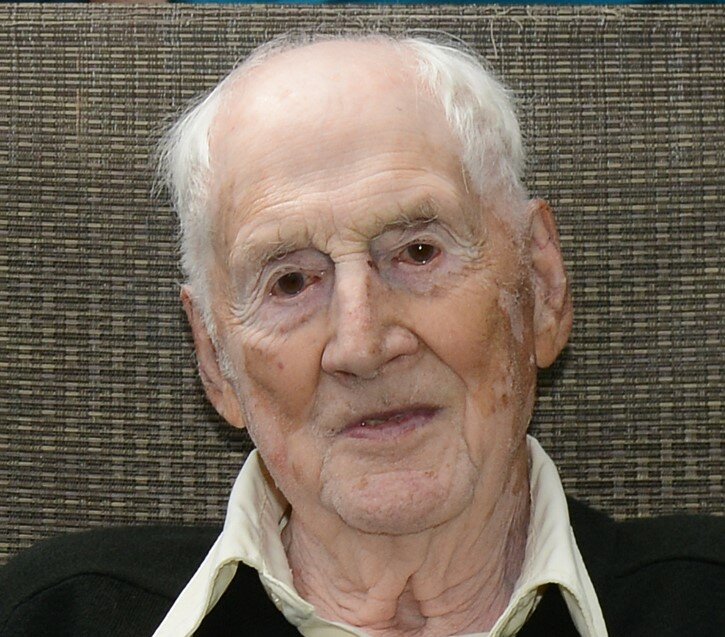 BLAKENEY, Reginald Aylmer (Reg)– 103, Halifax passed away peacefully at the Veterans Memorial Building, Halifax, on Tuesday June 21, 2022. Born August 23, 1918 in Halifax, he was the son of the late John Arthur and Harriet May (Burton) Blakeney.

Reg lived in Melville Cove for over 95 years and was instrumental in securing Melville Island for the Armdale Yacht Club, to which he was a member for many years. In his younger years, he played softball and hockey which resulted in twice being the Suburban Hockey League champions and also a Softball League champion.  When he was not playing ball or hockey, he was off hunting, fishing or sailing.

Reg served at Halifax dockyard in the RCNVR during the Second World War.  Married in 1943, Reg and Dot built their house and moved in, in 1959. In 1967, they purchased a cottage where they spent many happy years.

He was a member both of the Masonic Lodge for 77 years, and the Armdale-Fairview Lions Club for a number of years eventually serving as President and District Governor.  His retirement years revolved around the seasons, growing and selling transplants in the Spring, tending to vegetable and flower gardens in Summer, both with wife Dot, and then, in the Fall, came hunting at the camp.

The family wishes to extend their gratitude to Brian (Dad’s nephew) and Teresa Blakeney, for all of their dedication and kindness to Mom and Dad over the years. The family also would like to extend their sincere thanks to the Veterans Memorial staff on 6 East for the excellent care, support, assistance and patience provided to Reg over the past 3+ years.

Cremation has taken place. A Celebration of Life will be held at a later date.

Donations in memory of Reg may be made to the QEII Foundation or any charity of your choice.  Words of comfort may be sent to the family by visiting www.walkerfh.com

Share Your Memory of
Reginald
Upload Your Memory View All Memories
Be the first to upload a memory!
Share A Memory