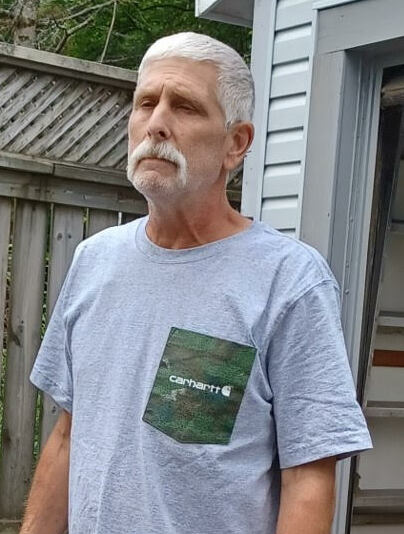 GARDEN, Terry Edward- Age 61 of Halifax -It is with deepest sadness and great heartbreak that we tell friends and family of the passing of Terry Edward Garden, on August 24, 2022 in Halifax.

Terry was born in Halifax on May 18th, 1961 and grew up in Lower Sackville, NS. He was the son of Emma Jean (Wright) and the late Lloyd Victor Garden. He is survived by his loving wife of 40 years, Sandra (Baugild); his daughter Candice Brewer (Ryan) and his grandson Colton Brewer, whom he adored, of Middle Sackville; his son and best friend, Tyler Garden of Hubley; his older brother Larry Garden of Middle Sackville; and some nieces and nephews. He will be greatly missed by his furbaby, Gabby, and has been reunited with his furbabies Nemo and PeeWee.

As a child, Terry was always tinkering with things. Breaking things and putting them back together. So it was no surprise he chose a career in welding and auto mechanics. Terry received his Arc Welding ticket in 1980 and two years later received his Interprovincial Seal for Automotive Electronic Technician. He received both diplomas from Halifax Regional Vocational School, and from there went directly to work for Canadian Tire, Quinpool Road, where he received his 25 years of service pin. Terry received many advanced mechanical certifications.

Terry enjoyed camping with his family, building engines, go-carts, and anything with metal. He built his Stock Car trailer and Street Stock car, and raced at Scotia Speedworld for a number of years. He was always making something in his garage, be it a specific tool or toy. His most recent builds were replica artillery to show and educate his grandson. His garage, which he built, was his happy place. His friends and family could always find him there.

He will be forever loved and missed by his family.

Arrangements have been entrusted to J. Albert Walker Funeral home (2005) Ltd, 149 Herring Cove Road, Halifax.  In keeping with Terrys wishes there will be no visitation.  A funeral will be held at St. Paul’s United Church at 173 Old Sambro Road, on Monday August 29th 2022 at 10:00am, burial to follow.  In lieu of flowers we ask that donations be made to an animal shelter of your choice. To place online condolences please visit www.walkerfh.com