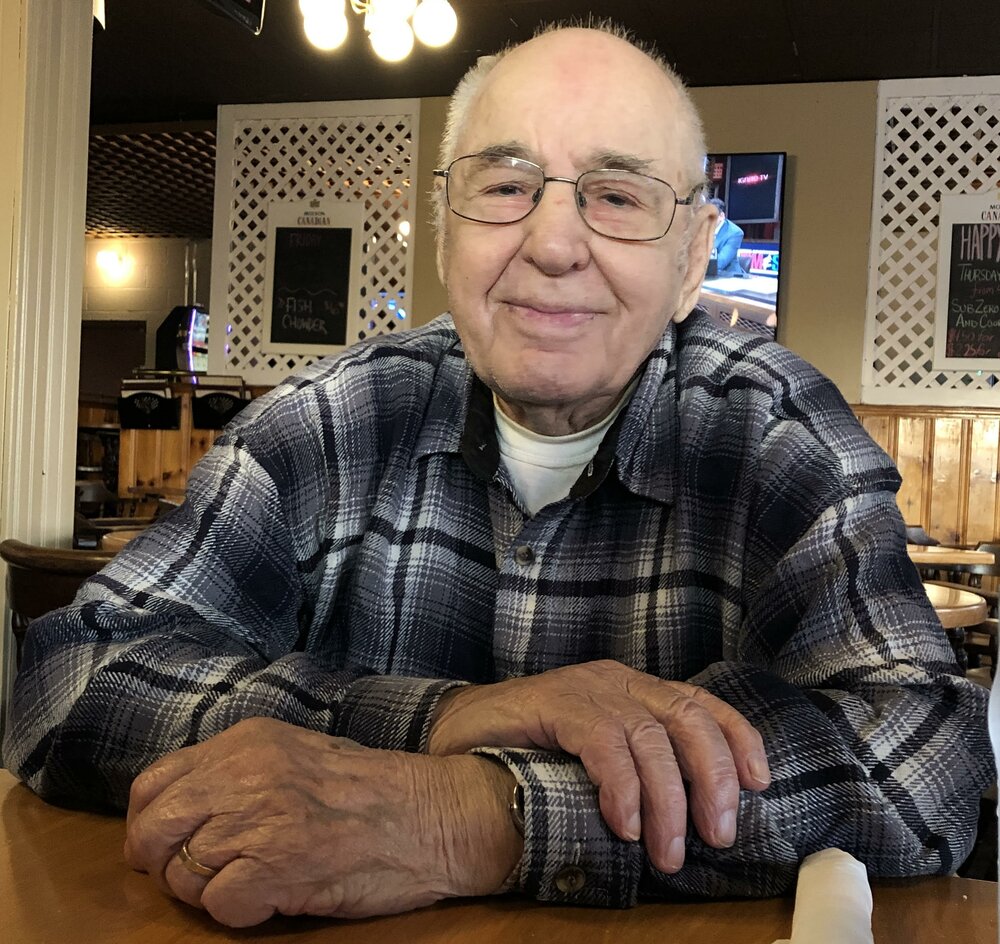 It is with great sadness that we, the Gilkie family, announce the passing of Stewart Alan Gilkie (January 11, 1925 – October 24, 2022). Born in Sambro, Stewart was the son of the late Albert Gilkie and Ann (Hartlen) Gilkie. He is survived by his daughter-in-law, Sherrie Gilkie, and his granddaughter, Kassy Gilkie. He is also survived by his sisters, Sylvia Schnare, and Dolly Gray (Marshall); his brother, Kenny (Edna), and many nieces and nephews.  He was predeceased by his loving wife of 63 years, Muriel (Hart); his son, Jeffery; brothers, Ralph, Cecil, Brenton, Donald, Harold; and sisters Leta Kirk and Sheila Darrah.

Stewart held a few different jobs throughout his life - first as a fisherman, then in carpentry, and his last job before retirement being with the Canadian Coast Guard in Sambro. Stewart loved spending time with his family, and he loved hunting, fishing, and woodworking in his younger years.

He was an avid card player, loving both Crib and 45s, and was known by many locally as one of the best 45 players around.  He rarely missed a card game in the old Ketch Harbour Hall.  Even during the pandemic, his love of cards was still evident and very important to him — if his Homecare worker happened to stop by during a game of cards, he'd tell them now is not a good time and please come back another day. There was no better way to pass time for Stewart than playing cards, or singing old Newfoundland music at the top of his lungs.

Stewart, you will be greatly missed by so many!!     His family would like to send an extra thank you to his homecare workers, and the Arborstone staff, for taking such great care of him. A quiet graveside service will be held by the family at a later date. Donations in memory of Stewart can be made to the St James United Church in Sambro.

Funeral services are under the care and direction of J. Albert Walker Funeral Home. Messages and memorials can be directed to the Gilkie family by visiting www.walkerfh.com.

Share Your Memory of
Stewart
Upload Your Memory View All Memories
Be the first to upload a memory!
Share A Memory