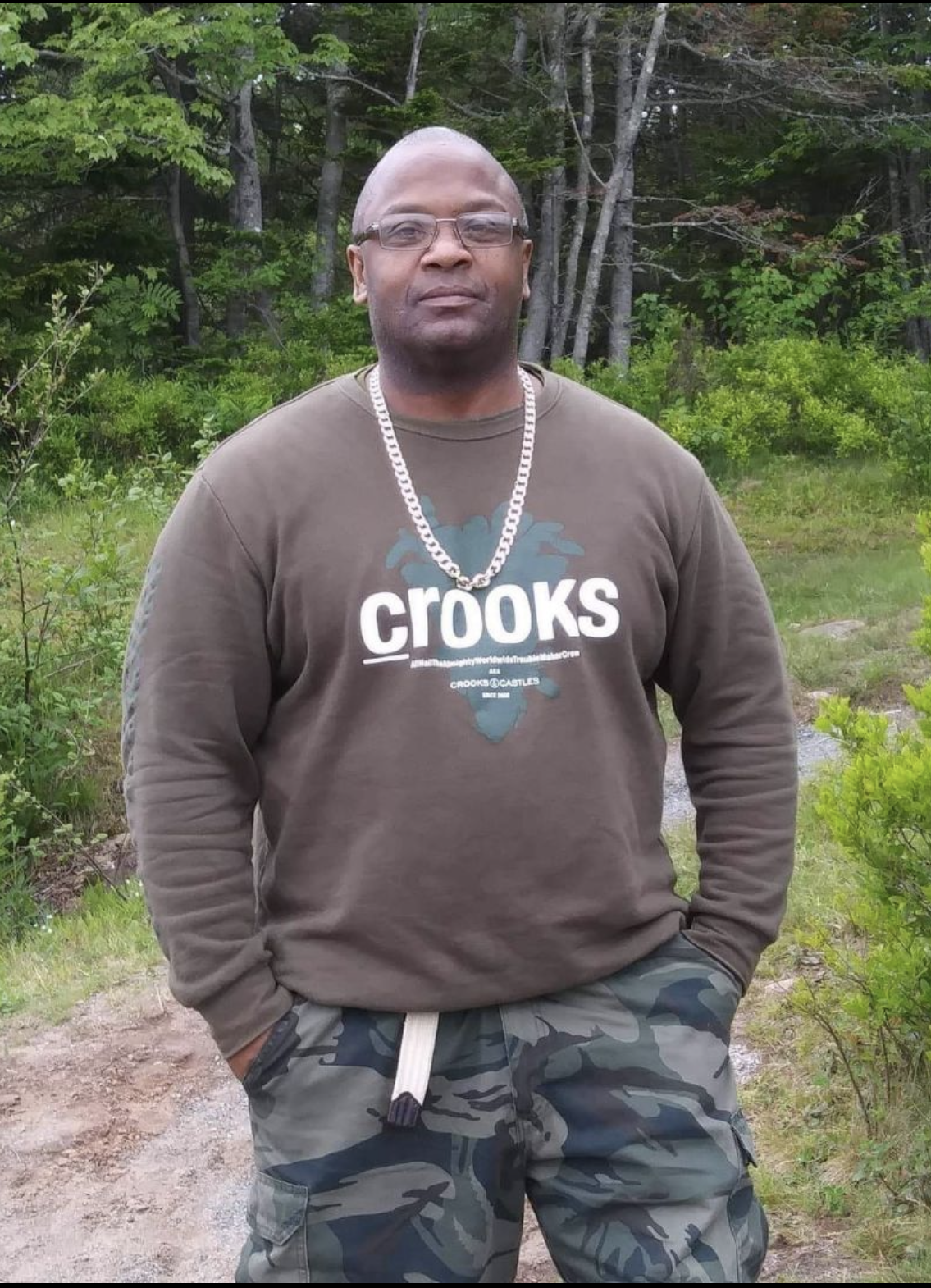 David, Dwight, Age 49 of Halifax, It is with great sadness that we announce the passing of our father, brother, uncle and friend. He was the son of the late Evelyn (Thompson) and Leroy David.  Dwight attended J.L. Ilsley School and Community College. Dwight was a kind person who was fun to be around. He was a great baseball player and break dancer.  Dwight loved his family and enjoyed spending time with them. At family events, he could be a bit of an entertainer, his specialty dance was the Carlton impression.  Dwight is survived by his partner, Jeanetta Cameron; daughters, Courtney (Joey) and Mya; sons, Tyson, Lynden (Alyssa), Kendrin (Ashley) and Araya; four grandchildren; sisters, Patsy, Tracey (Raymond), Velma and Diane (Darren); brothers, Fenwick, Michael, Terry (Vivian), Leonard (June), Paul (Joan), Calvin, Terrence (Kelly) and Darrell (Kelly); special nephews/ brothers, Nathan, Mikey, Jamaine and Carlow; many nieces and nephews.  Dwight was predeceased by his sister, Donelda; brother, Kenny.

Arrangements are under the care of J. Albert Walker Funeral Home (2005) Ltd., 149 Herring Cove Road, Halifax.  In keeping with Dwight's wishes, there will be a visitation held Friday, December 23, 2022 at 12-1pm, followed by a funeral service at 1 p.m, reception to follow at the Spryfield Legion.

We will miss you Dwight, but we know you are in a much better place resting in peace with your family that have gone before you.