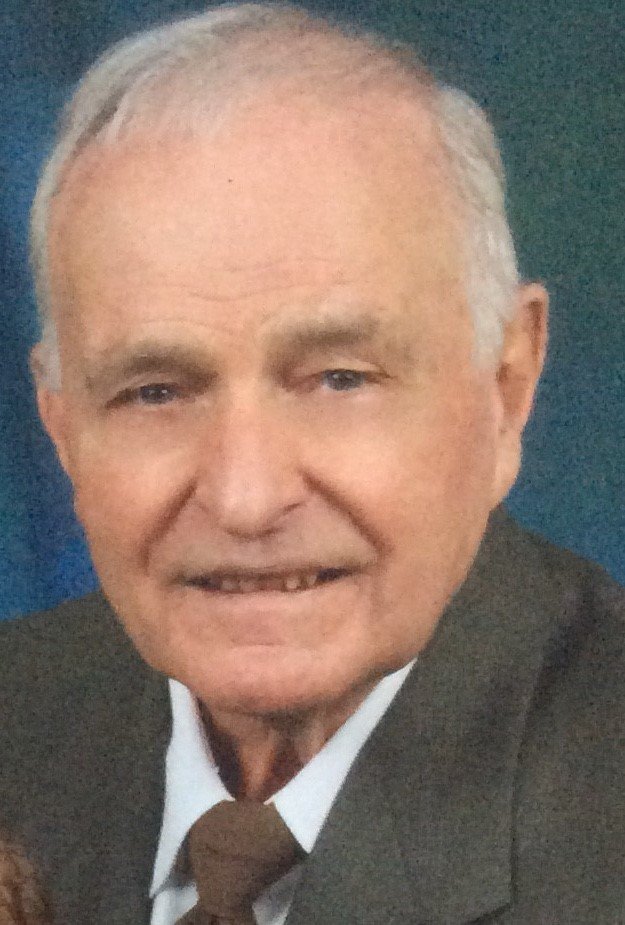 How do you sum up 88 years? He was born April 9th, 1931 in Heatherton, Antigonish Co.  From the time he was small, Dad was the 'responsible one'. At the tender age of 5, he was hired to light his schoolhouse wood-stove fire, before all the other students arrived. He slogged almost 3 miles, through rain and snow, never missing a day all year to earn enough ($5) to buy himself a bike! He was always industrious and independent, teaching himself whatever skills he needed to learn to get the job done: In his early teens, he found an old knitting machine in the family attic. Since there was no one who knew how to operate it, and no instruction booklet, Dad figured out how to operate it and thus became the sock-knitter for the family. This determination to learn was prevalent throughout his lifetime. There wasn’t any challenge he didn’t tackle: fixing old Volkswagens, constructing dune buggies, building ham radio equipment; designing and building a wooden catamaran (and then teaching himself how to sail it!).

Dad was also the neighborhood handyman; friends and neighbours would show up in the yard with something to fix and he would “get ’er done.” He was also generous with his tools and equipment. At one point, he had so many tools that were lent out, he started painting the remaining one’s bright yellow, so he could recognize them as his own. As the years rolled by, he often ended up borrowing his own tools back! (I’m sure half the neighbours still have at least one tool with bright yellow paint!).

When it came to physical activity, both Mom and Dad supported our athletic and cultural endeavors. There were early morning hockey and figure skating practices, plus basketball games and swimming. At Kearney Lake, Dad helped with kayak races and regattas.  Winters meant flooding the backyard rink during the minus 15 temperatures. Our rink became a focal point for all the neighborhood gang to play hockey until their parents called them home.

Dad loved retirement. He spent his days either sailing, playing tennis, making wine or puttering in the garage.  In addition, he was the church handyman, helping the Knights of Columbus. A sideline passion of his was senior skating, often four times a week. Dad also became the skate-sharpener for many of the local skaters (and hockey players), at both the Centennial and Bedford Arenas. His love of people, his infectious laugh and his gentle manner made him a popular person with not only this social circle, but with everyone he encountered.

In the parent lottery, we won the ‘Supermax’ sweepstakes.  Joe, Donald and I were blessed with such loving, supportive parents, who encouraged us to spread our wings, while simultaneously grounding us with a foundation of love, trust and kindness.

I would be remiss if I did not mention two very special people who have helped Dad immensely during the last few years. Dad's sister, Betty, has been a ‘rock’, dropping off her famous biscuits, taking him to church, plus cutting his hair, all the while sharing a laugh with him.  Betty - your support is cherished!

The second special person is Jane Brookfield. Jane befriended Dad at skating. She was like a second daughter to him. Most importantly, her companionship helped him focus on skating until he was 87 (Jane often supported Dad, holding him up as he glided around Centennial Arena.) Jane has provided unwavering support for my father. Her visits to Dad after Mom died were appreciated. She also continued to visit him frequently while he was in care. Her kindness and patience with Dad were unparalleled. She is truly an angel, and our family is blessed to have such a lovely person in our lives.

Share Your Memory of
Donald
Upload Your Memory View All Memories
Be the first to upload a memory!
Share A Memory
Plant a Tree