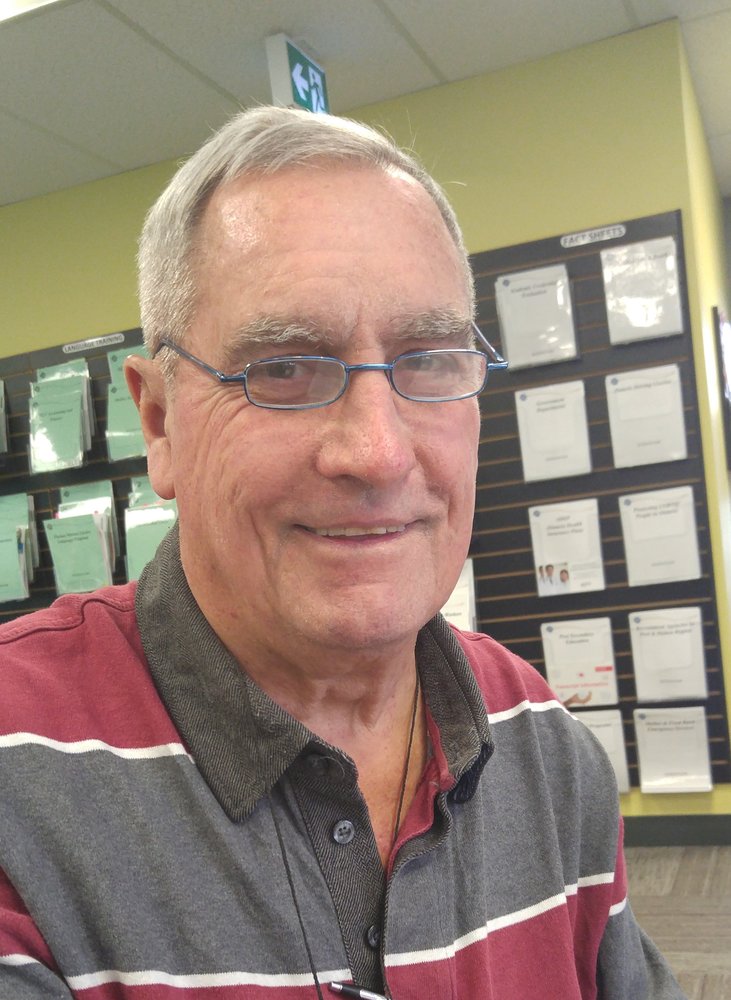 SPEARNS, J. David - Age 68, Mississauga. With heavy hearts we announce the death of J. David Spearns on June 18, 2019 at the Trillium Health Partners Mississauga Hospital surrounded by his family, following a long courageous battle with "the beast" (cancer). David was born January 26, 1951 and was the eldest of nine children of the late John and Theresa (Poirier) Spearns of Herring Cove, NS. David was an extremely hard worker and strove for perfection. He was very well known in the IT industry. His work took him to Mississauga from Nova Scotia in 1979. He worked until 2014 when his battle started. Since his forced retirement, and between treatments, you could find him teaching seniors all the tricks of the computer trade or in his basement sending out his Daily Chuckle or Not A Chuckle e-mails. He had many friends whom he kept in contact through his computer all over the world. David enjoyed sports, all genres of music (mostly Reggae!), travels and his pool ("how many Ps or Ts in the pool today?") His priority was his family; he was a loving husband and proud and supportive father to his children (and his grand-pups Max the wonder dog, Ava and Miss Ellie), brother-in-law and his siblings. It was important to him to have contact with them daily.  He is survived by his wife Irene (Denys); daughter, Christine (John) Campbell; son, Michael J (Millie) Spearns, brother-in-law, Arnold Denys, brothers; Michael (Pam), Dan (Robin), Greg (Pat), John (Sarah), sisters; Mary (Wade) Antonowicz, Judy (Carlos) Garcia, Kathy (Walter) Conrad, Terry Spearns and many nieces and nephews. Arrangements are under the care of Glen Oaks Funeral Home & Cemetery - 3164 Ninth Line, Oakville, ON L6H 7A8, where visitation will be held on Thursday June 20th, 2019 between 2:00 - 4:00pm and 7:00 - 9:00pm. Mass of Burial will be held on Friday June 21st, 2019 at 1:00pm in St. Francis of Assisi Roman Catholic Church, 2473 Thorn Lodge Drive Mississauga. Internment will take place in Glen Oaks Cemetery at 2:15pm with a reception to follow.

Share Your Memory of
David
Upload Your Memory View All Memories
Be the first to upload a memory!
Share A Memory
Plant a Tree