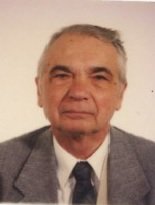 Age 95, of Halifax passed away on January 2, 2021 at Melville Lodge.  He was the only child of the late Nyikos, Jusztina and Mihály, Sándor from Hungary.  He is survived by his caring wife (Giselle), son Steven (Christine Clark), daughter Susan (John Fraser) and grandchildren James, Sarah and Alexander.

Lászlo was born on August 9, 1925 and grew up in the town of Hodmezovasarhely in Hungary.  His studies in engineering at the Technical University of Budapest were interrupted by WWII. After being released as a prisoner of war he returned to his engineering studies and graduated as a Forestry Engineer from the University of Sopron in 1950.  He began working in mining and forestry in Transylvania and eventually worked at the Budapest Geodesic and Mapping Company where he met his future wife, Giselle. In 1956, they fled Hungary during the Hungarian Revolution and married in Vienna on December 20. The couple were able to gain sponsorship to come to Canada as refugees along with the entire student and faculty of the forestry department of Sopron University. They arrived in Halifax at Pier 21 in January of 1957 and boarded a train to Montreal where they settled. Lászlo then worked in resource development in the Yukon and Baie Comeau and further gained a Canadian degree through McGill University in Civil Engineering.  He was employed as a Municipal Engineer in Point Claire and served as City Engineer for the town of Deux-Montagnes.  In 1970 he moved to Halifax to work for McNamara Engineering.  In 1971 he accepted a position at the province of Nova Scotia Department of Housing, from which he retired as Chief Engineer in 1991.

While spending most of his life in Canada, he always had strong roots to his home country of Hungary and frequently visited.  During his retirement, he volunteered for CESO (Canadian Executive Service Organization) which provided him opportunities to share the expertise he learned in Canada with the Hungarian government.  In Canada, he enjoyed retirement by being outside land surveying and loved to socialize with his friends with whom he would solve our world problems.  Lászlo also had a passion for making wine which started in Montreal and extended well into his later years in Halifax.

The family would like to thank the health care workers at Melville Lodge for their compassionate care provided over the past five years.

Cremation has taken place and a Celebration of Life will be held at a later date.  Arrangements have been entrusted to J. Albert Walker Funeral Home (2005) Ltd. To leave words of comfort for the family please visit www.walkerfh.com.

Share Your Memory of
Laszlo (Leslie)
Upload Your Memory View All Memories
Be the first to upload a memory!
Share A Memory