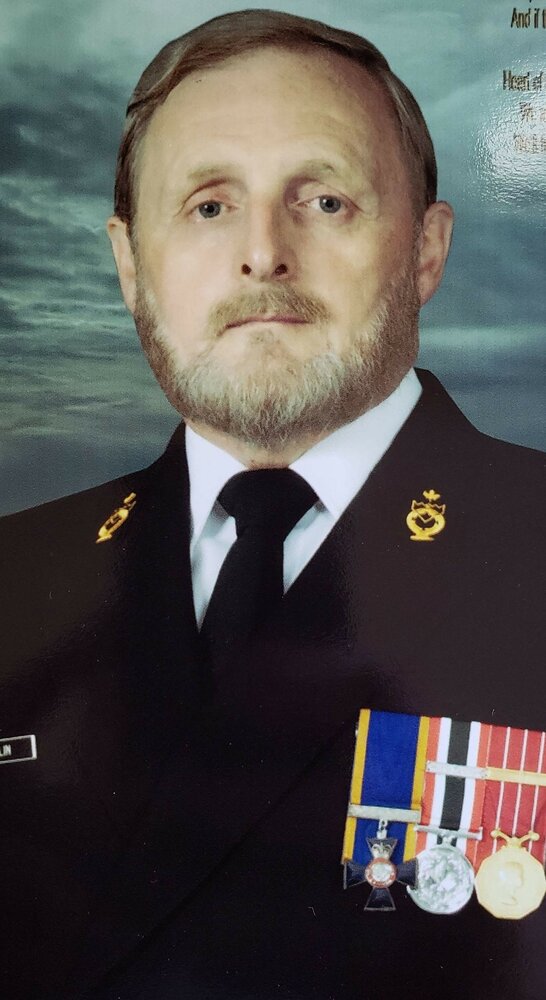 It is with great sadness that we, the family, announce that retired CPO1 Kenneth Franklin passed away in Halifax on November 1, 2021 at the age of 71. His death marks the end of a life of illustrious service to Canada and devoted love to his family.

Born in Winnipeg, Manitoba on 28 January, 1950 to the late Maudie and Gordon Franklin, Kenneth was one of two children.

Kenneth joined the Royal Canadian Navy on the 21st, June 1967 at the age of 17 and proudly served for 40 years as an electrical technician on HMCS vessels: Preserver, Huron, Athabaskan and Fredericton, and also worked several land assignments in both Halifax and Ottawa.

In 2007 Kenneth retired and spent his time traveling with his wife, walking, gaming and doting on his much loved grand-children.

Kenneth is survived by his wife of 44 years, Barbara, his son Gordon (Brandy), his sister  Karen, his grand-children Calla, Mallory and his niece Monika (Xander). He will be sorely missed at the grand-children's birthday parties and at annual Thanksgivings in Ottawa.

Cremation has taken place and arrangements are being made for a future burial at sea with the Command Chaplain.

Donations in memory of Kenneth may be made to The Heart and Stroke Foundation of Canada.

Messages and memorials can be directed to the Franklin family, by visiting www.walkerfh.com.